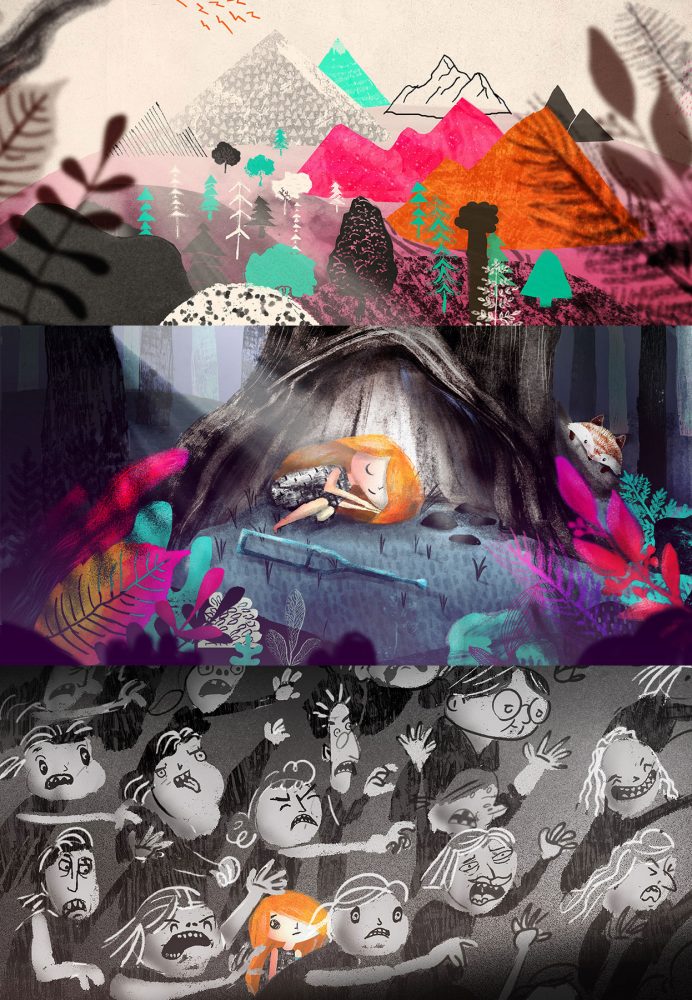 By presenting the stigmas within the familiar narratives of fairy tales, we raise awareness
for the stigma in question and educate children and parents on how to “de-stigmatise”.

Twisted Tales, a transmedia take on the familiar fairy tales and characters told through the medium of webisodes(6 x 12 min), TV series (26 x 12 min), story apps, AR experience and web playground an educational program for teachers and parents. The series target’s at 6-8 year olds, nonetheless it uses an appropriate language for both younger and older kids.

Twisted Tales offer a new and empowering perspective on the well-known stories and characters of a fairy tale by removing bias from the classic tales and introducing a stigma that the characters overcome. Each re-imagined fairy tale tackles a different stigma such as physical, mental, racial, social status, gender identity, etc.s.

Twisted Tales are an adventures world of fantasy characters from the worlds of classic fairy tales without their classic bias and dubious life goals (i.e. to marry a rich prince and/or to value rich man).

The first tale in the series of Twisted Tales is Cinda Real (our take on Cinderella), a story about a girl who is stigmatised for having only one leg. Cinda Real offers a new and empowering perspective on the well-known story by introducing the stigma of physical disability into the narrative.

Sexual stigma is told through the story of a Sleeping Girls (our take on Sleeping Beauty). Mental disability is explored in the new version of Rapunzel called Real Punzel, and racial stigma is woven into the story of The Not So Ugly Duckling (our take on Ugly Duckling). Social status stigma is problematised in the re-imagined Midas Touch our Golden Touch, and gender identity stigma becomes the subject of The Princess and the Real Frog.

Twisted Tales rewrites the stories yet again, this time with lessons for a world of empathy, understanding and lacking bias of gender and stigma of disadvantage. By presenting the stigma within the familiar narrative of fairy tale, we raise the awareness for the stigma in question and educate children on how to ‘de-stigmatise’ the stigma. Both those that witness someone being stigmatised and those who have suffered from being stigmatised will be able to recognise first the stigma and its harmful effect and secondly they will be shown ways of overcoming the stigma (from within as well as socially).

Project by: Institute for Transmedia Design
More about the project and the whole production and animation team: www.twistedtales.tv

© 2022 Dalibor Kazija portfolio  Unauthorized use and/or duplication of the material on this site is strictly prohibited.